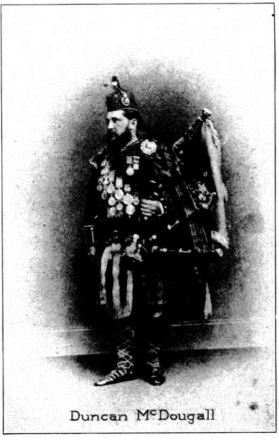 History of the MacDougall Pipe Makers

Pipe Major Duncan MacDougall, chief piper to the Earl of Breadalbane, was given permission, by the earl, to move his pipe making business to Aberfeldy in 1873. The business had been set up in Perth by his grandfather Allan MacDougall in 1792, taken over by his father John in 1834 and by Duncan in 1857. In 1861 Duncan moved the business to Edinburgh, where it stayed until moving to Aberfeldy in 1873.

Duncan MacDougall was a champion piper, winning his first competition at Montrose at a young age.  He travelled abroad for several years with Colonel Elphinstone and was afterwards appointed piper to the Prince of Wales (later Edward VII). For one season at Osborne House, he was piper to Queen Victoria. While in Edinburgh he served as pipe major of the Queen’s Edinburgh Volunteers.

For many years MacDougall carried off all the Pipe music honours at the Northern meetings and won the Gold Medal of the Highland Society of London, the seven years champion medal, and altogether laid claim to some six gold and thirty silver medals.

On moving to Aberfeldy, he was chief piper to Gavin, Earl of Breadalbane, for 14 years, and pipe major of the 5thVolunteer Battalion (Black Watch) until the year before his death in 1898. He built Dunolly House at the end of Kenmore Street and later Lorne Cottage, with his workshop behind there.

MacDougall’s pipe reeds were made of the best Spanish cane, which could be seen in the corner of his workshop.  As well as silver mounts he made use of sea ivory which he purchased from the whalers returning to Dundee. Some pieces can be seen on display. He made a set of pipes for use in Queen Victoria’s household, being given a Royal Warrant for them. These were displayed at the Edinburgh Exhibition of 1883. The pipes were entirely silver mounted, and artificially chased with a design of Scottish thistles. Duncan also made pipes for Edward VII, Alfred Duke of Coburg, the Duke of Fife, Lords Huntly and Breadalbane , the Earl of Dunmore and many others. 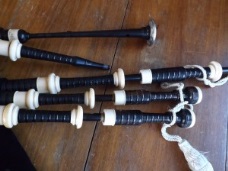 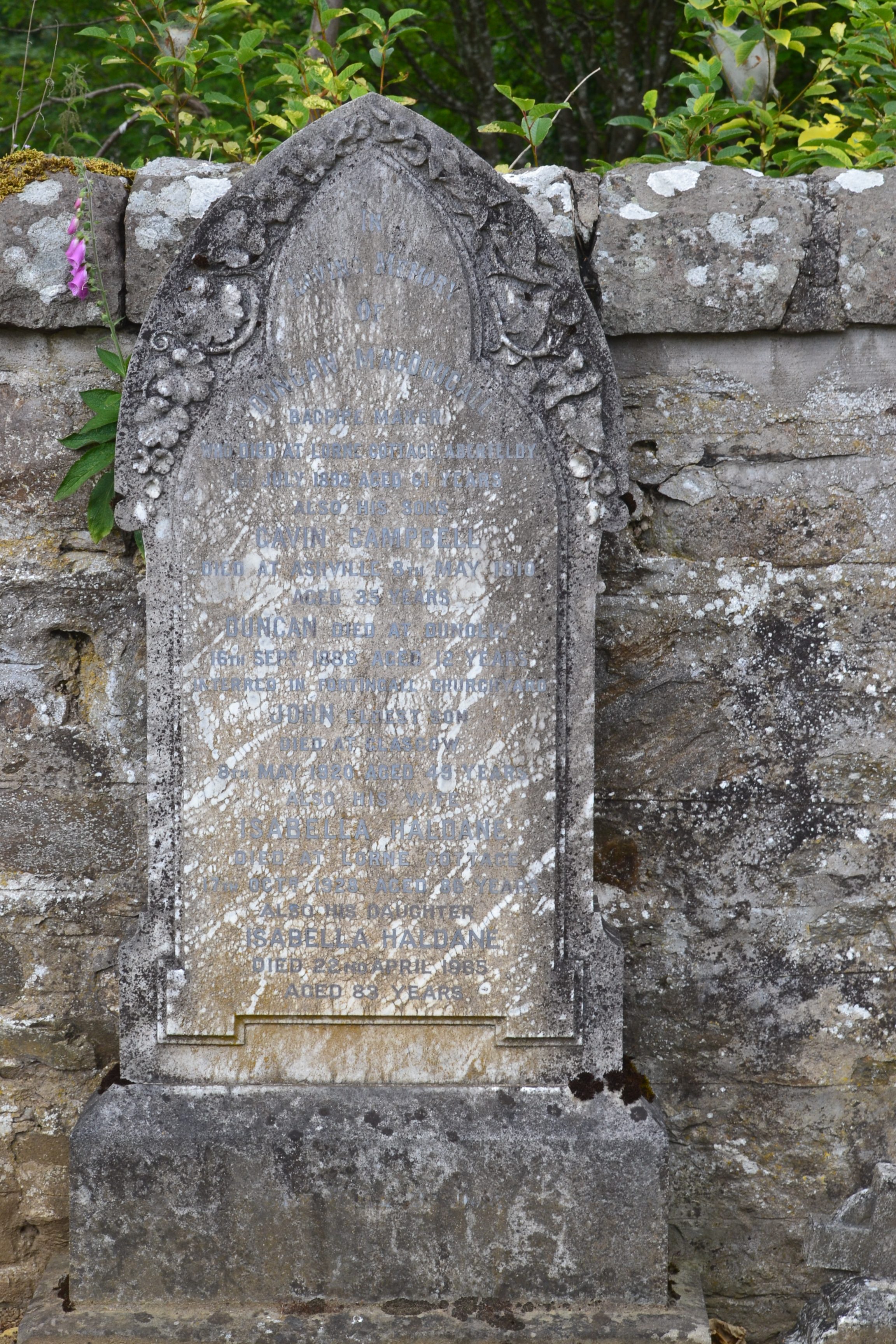 He trained both his sons Gavin and John both in piping and in the manufacture of pipes, Gavin took over the business in 1896 and changed the style of the pipes.  John was in the workshop from an early age, fulltime at 12 and did most of the ivory work from 1883.

Duncan died on 1stJuly 1898 and is buried in Aberfeldy Graveyard. Gavin died on 8thMay 1910, when John left to join Thow’s in Dundee, returning to Aberfeldy later to work as a cabinet maker/joiner.

Your ticket for the: MacDougall Pipemakers