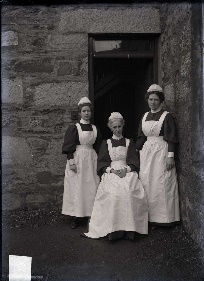 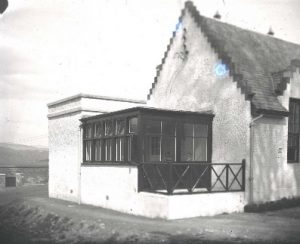 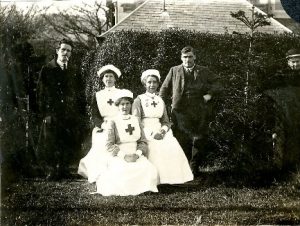 Aberfeldy and district owes a great debt of gratitude to the late E C Douglas, Esq, and Mrs Douglas of Killiechassie for it was to their inception that the “House for the Sick” was inaugurated in the early 1870’s, at 26 Kenmore Street and carried on for a considerable period at their expense. The “Home” was unpretentious and was only a single room in a tenement facing the street with no modern conveniences such as a bathroom etc, not very special hospital equipment but it was the beginning of what was to materialise later on, and was so much appreciated by, and taken advantage of by the inhabitants, that some years later it was resolved to erect a Hospital at the East end of the town in a street which after the Home was erected was called Home Street. The new Hospital was opened in the year 1879 and funds raised by two bazaars with subscriptions met the outlay. The ground floor of the new building was for disease and accident and the upper floor for infectious cases, there being no communication between the flats. The staff consisted of a matron and a maid servant and it was not until 1892 that a Probationer was engaged. This lady was Nurse McLeod from Edinburgh Royal Infirmary who became Matron later and whose long and faithful services were very much appreciated for over 30 years, during which period she saw the hospital settled in new premises and firmly established in popular favour of the community. Before moving from Home Street to the present site Trustees and a Committee of Management were appointed and subscriptions collected for its support throughout the district and these voluntary contributions have been kept up ever since, and have been the principal source of revenue. Before the endowment, the charges were; 5/- per week for men, and 4/- for women.

The Committee fulfilled their promise, the money was raised and in October 1910 the new building was opened. It contained two male and two female wards, with good staff accommodation. The number of patients increased as shown in the records. In 1904-28; in 1914-69, and in 1936-177. An extension of the Hospital was carried out in 1932. It included the extension of the public wards, two for private patients, an additional nurse’s room, an operating theatre, shadow less Lamp, X-Ray room, and the instillation of electric light. The total cost was £2,500 met by contributions from the District and was opened free of debt. In 1936, the Committee, encouraged by the offer of £170 by one of the Trustees installed heating and by the gift of an additional Sun Lounge from the donor of the one already erected they proceeded with these improvements which also included a new two bed ward and a storeroom at a cost of £1,600/1700 mostly met out of Capital.

During the First World War tea parties were held by the Cottage Hospital for the patients and staff of the VAD Hospital (Provost Haggart’s House, Kenmore Street). 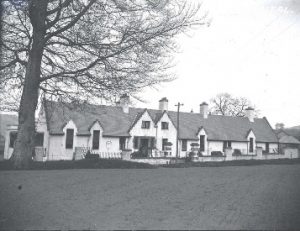 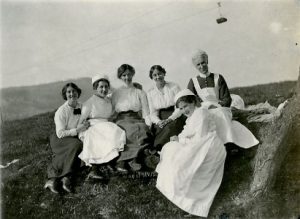 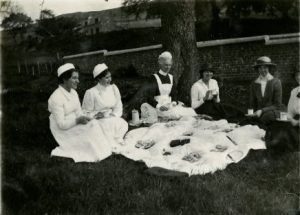 Your ticket for the: Cottage Hospital